How Coronavirus is affecting Belize

Last Friday March 27th, I wrote a long blog about the experience of being in Belize during this crisis. (While the last two posts have focused on the island of Ambergris Caye, we will be posting a guest blog from the team down in Placencia, shortly!) Monday, March 23rd, the first positive case was announced in Belize. We will find out tomorrow about the final mapping from this first case. Mapping, as we are all learning, means that there is an investigation of all of the contacts of the infected person. Tomorrow is April 9th, 18 days after the first confirmed case.

Since I wrote my last blog, there have been six more cases found on the mainland. None have been found in Placencia or Caye Caulker yet; there have been two in Belize City, one in Corozal, and three in the Cayo area. Cayo currently is in a more severe state of lockdown that Ambergris was experiencing during my last blog. The entire country is on a 30-day state of emergency. This means that even in areas without any confirmed cases, there is a stay at home order. Everyone is allowed to leave for essential services only. There has been a nighttime curfew of 8 p.m. established for the country — and there have been extensive arrests, and a total crackdown on anybody staying out past the 8:00 p.m. curfew.

There have not been significant changes on the island since my last blog. I would say that there has been a general loosening of the stay-at-home orders, meaning that people are venturing out a bit more, especially over the last week. This is because, being an island, if we were truly quarantined for over two weeks, the chance of anyone infecting each other with the virus was (perceived as) lower with each passing day. We are still not completely out of the woods, and most people are very aware of that.

This virus is a little tricky, and there are a lot of mixed messages online. It appears that some people can be asymptomatic carriers for 20 some days, so therefore, no one can completely relax until that full 30 days is up. There are a lot of rumors floating around that there may be some rule changes if we continue to see no negative cases on the island….but no one is making any promises right now.

There are also some issues because some of the national policies are not exactly matching policies put in place by town councils in different areas of the country. These are some of the developing country issues that are occurring, that may be a bit different than what people are experiencing in the US. This is the first time anyone has experienced such an event, so it is a good chance for there to be great communication strategies put in place to help better organize for future crises.

There has continued to be a generous and eye-popping amount of community assistance and sharing of resources. There has been few reported crimes, and it has been generally peaceful on the island. One other development was that there has been some efforts at getting families moved either from the island to the mainland, or vice versa. This was a recent controversial subject with the Coast Guard – the general rule right now is absolutely no private or public water vessels are allowed to travel between the mainland and the islands.

The government has also come out since my last blog, stating that they are securing monies from many sources, to provide relief for the families that have zero income right now. I also saw with my own eyes, the government sent many, many bags of food for Hope Haven to pack up, as they are still in the process of delivering two-week bags of food to the needy families on the island. There is a local restaurateur named Maresha, who owns Pirates Treasure, who has been providing hundreds of free lunches just north of the bridge at her restaurant. Lord Ashcroft, a very well known British associate of Belize, donated $100,000 bzd to Hope Haven this week (part of a HUGE donation to the country in general – $10,000,000 bzd!!) Some agencies, such as the Social Security office, have allowed businesses to delay their tax payments, to help businesses continue to pay their employees. There has been a system put in place for laid off employees to gain access to small grants of $75 per week per employee to help them through this crisis. If you have a personal connection to Belize and want to help – your help is GREATLY appreciated and you can contribute at Hope Haven’s donation site here: https://paypal.me/hopehavenbze I can personally vouch that these contributions go right into the hands of needy families – these individuals are working tirelessly, every day, and not a penny is wasted on anything but food for the families here.

One thing that seems to be wearing on some of the islanders right now, is that there is ongoing uncertainty with the opening hours of many businesses. Although restaurants were allowed to start deliveries over the last week, another change since my last blog, many staff were hesitant to venture out quite yet, and the rules are not clear enough for business owners, to risk the investment of work and resources into planning for this service. After the loss of revenue already, there is some hesitance to reopen before more is known.

Personally, I experienced the initial week or two of the quarantine by trying to jump on each change and alter our course as we learned more. What we quickly learned, like the rest of the world, is that the uncertainty and constant changes are impossible and exhausting to keep up with. There are no templates for reacting to this worldwide crisis, and many of us are learning a lot about how to be patient and to wait before jumping in again.

Right now, we are in a holding pattern to be sure that there are no more positive cases reported over the next week or two, and making sure that there is consistency and stability of the rules we are to follow, based on national or town council regulations. We are all waiting for the next round of testing to be done. This will probably be the next step to any real changes on the island. As the mainland is a couple weeks behind the island, they are going through the initial steps of learning how to quarantine in a very strict way. We will keep you posted as things turn on the island!

Many of us are coping with quarantine by enjoying videos and pictures of this beautiful island from the past… So here are some more of my favorite images of the island! 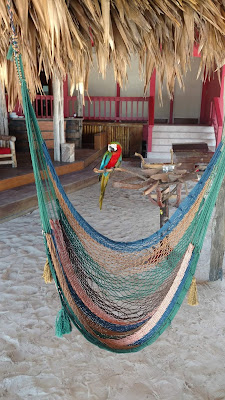 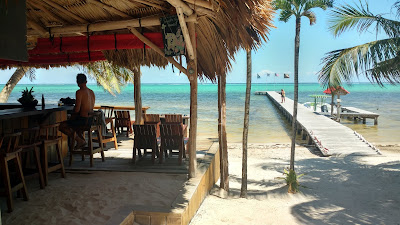 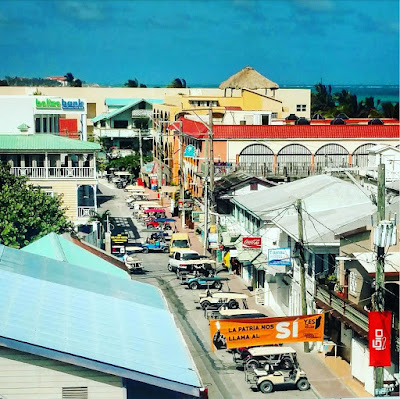 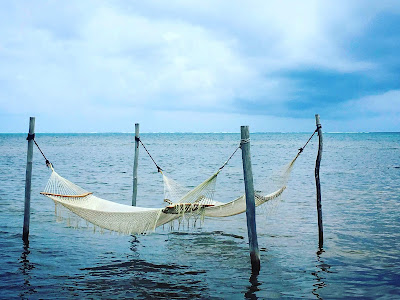 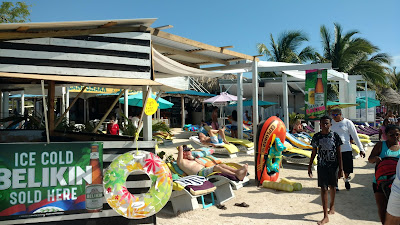 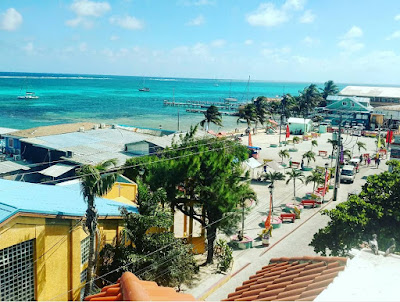 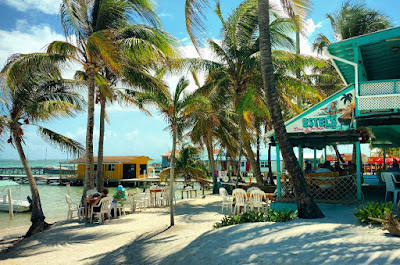 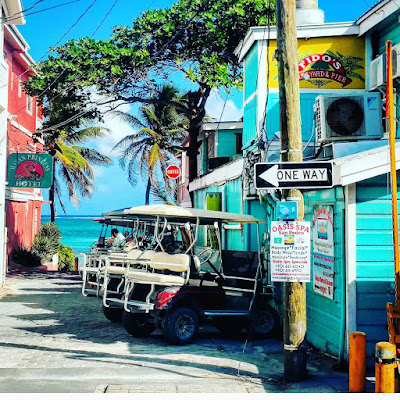 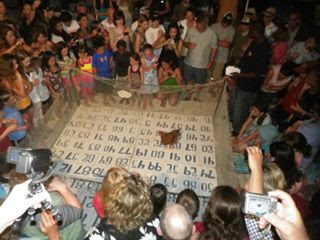 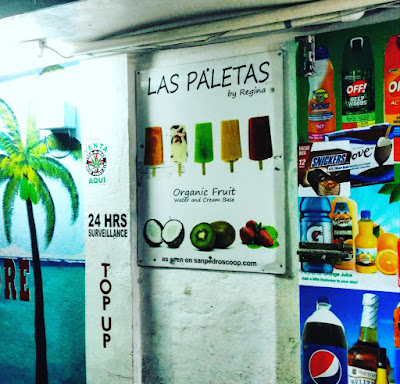 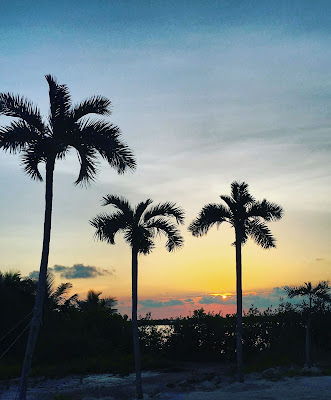 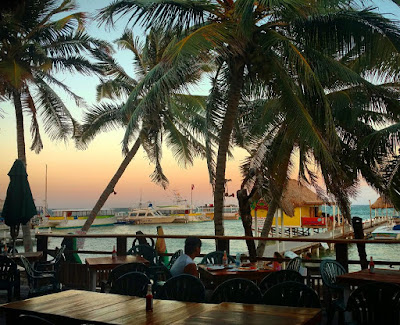 The experience of being in Belize during this crisis…..

Guest Blog! The quarantine experience in Placencia, Belize…..Thank you Randy!

A Perspective from Belize: The Wildly Unpredicted Success, in the first 60 Days of the COVID...
Continue reading
by Laura Diffendal

I wanted to share a guest blog from Jodie of Jodie and Scott from the Palapa Bar. Of all the...
Continue reading
by Laura Diffendal

Thank you again to Randy for the update on the experience of this crisis in Placencia. Although...
Continue reading
by Laura Diffendal